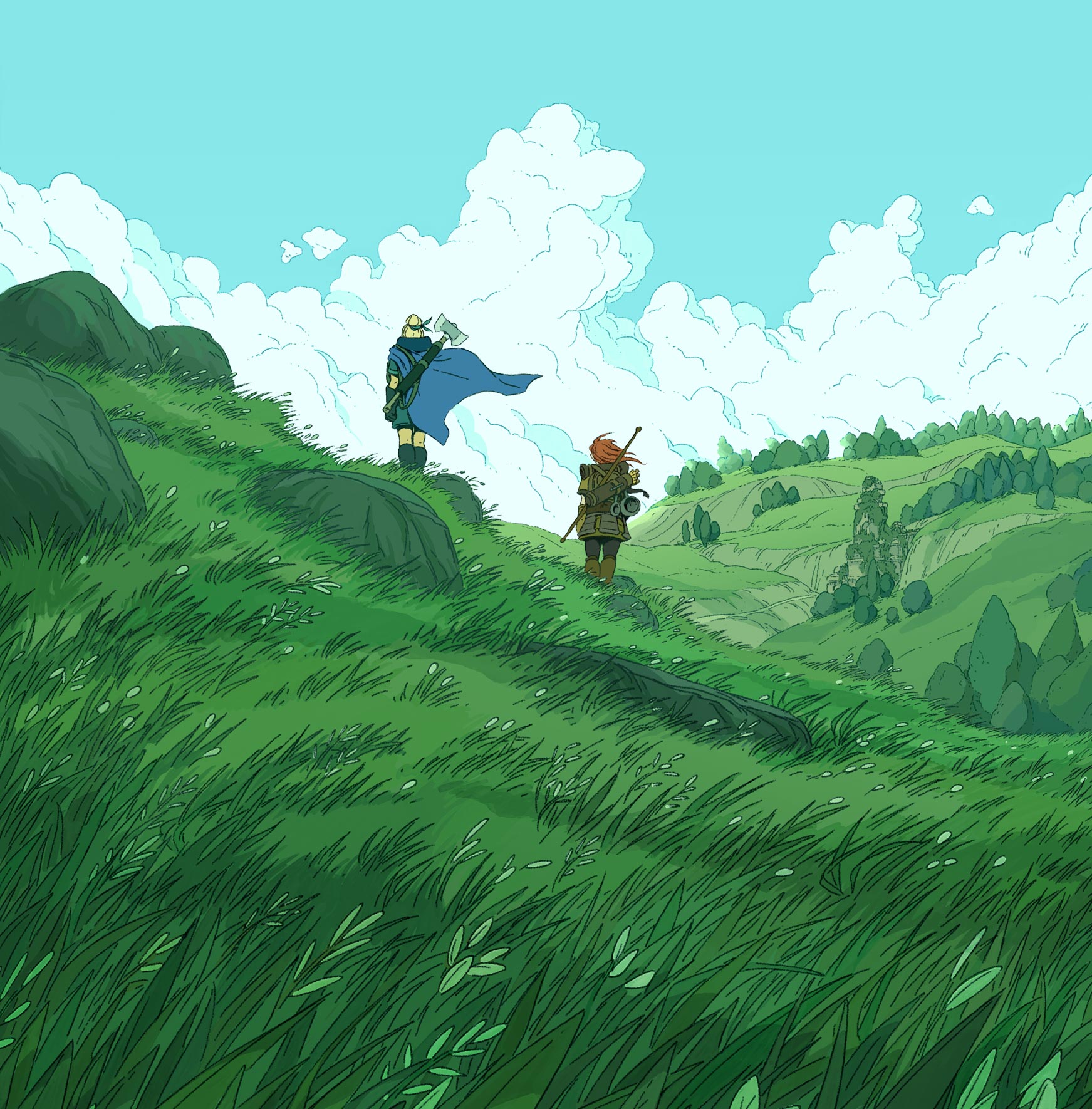 A remote games studio from developers of games like Journey, Edith Finch, Blaseball, Spider-Man, Dustforce, Skyrim, Ashen, and more. We’re named after the games we grow together — lush, living worlds that bring players together to cultivate lasting friendships. Worlds that offer surprising multiplayer experiences and flourish with the help of their communities.

Our upcoming flagship game is a shared fantasy adventure inspired by some of our favorite memories playing online games, particularly moments shared with strangers. Players will find themselves crossing paths in a shapeshifting, unpredictable wilderness filled with mystery and magic, featuring a timeless visual direction and tactile multiplayer play.

It’s the world we want to adventure in every day.

We share a responsibility to care for each other. That means implementing sustainable policies and practices, like competitive and equitable pay across departments, robust benefits and flexible work locations, honest and responsible project planning, and sustainable working hours and restorative time off. People need and deserve real work-life balance, and we all thrive when we can come to work rested and restored.

We’re growing a culture of transparency, collaboration, empowerment and trust. We believe a team composed of diverse voices has the most to say, and we work to identify and hire people from traditionally underserved and overlooked communities. We take care to make room for our teammates’ goals and ambitions, providing training and mentorship to learn new skills and grow into leadership positions.

If you’d like to help us tend the future of online play, please check out our Careers. We’re hiring!

Chris Bell
Chris is cofounder, President, & Creative Director at Gardens. He is a game designer whose credits include Journey, What Remains of Edith Finch, Sky: Children of the Light, and Way.
Lexie Dostal
Lexie is cofounder and Technical Director at Gardens. Lexie has over a decade of experience creating videogames as a designer/engineer. He has worked in many different genres, from 2D platformers and first-person shooters, to massively multiplayer AR stage productions. He is best known for co-creating the game Dustforce.
Stephen Bell
Stephen is cofounder, writer and Narrative Director at Gardens. His credits include Blaseball, What Remains of Edith Finch, Where Cards Fall, Sky: Children of the Light, and more.
Sarah Sands
Sarah is the Executive Producer at Gardens. Her past credits include Desert Child, Open Roads, and level creation for A Hat in Time: Seal the Deal. She has 7 years experience delivering concurrent multimillion dollar projects for large companies like DirecTV and Nike.
Roldán Melcon
Roldán is a Senior Engineer at Gardens. Before joining Gardens, Roldán developed and maintained the backend for Blaseball, a massively multiplayer browser game by The Game Band. Other credits include Where Cards Fall, PlexVR, MindLabs, and more.
ma-ko
ma-ko is a freelance artist creating concept art for Gardens’ upcoming flagship game.
Ryan Benno
Ryan is Art Lead at Gardens. Ryan has over a decade of experience working as an environment artist with a passion for storytelling on notable titles such as Telltale Games’ Walking Dead Season 1, which received numerous game of the year awards. Other titles include The Wolf Among Us, Sunset Overdrive, Call of Duty: Infinite Warfare, Ratchet and Clank (PS4), and Marvel’s Spider-Man. Ryan helped to lead the environment art team on Marvel’s Spider-Man: Miles Morales.
Leighton Milne
Leighton is Art Director at Gardens. Leighton previously cofounded A44 Games, where he co-created the action rpg Ashen. Leighton also worked as an artist at Weta Digital and Compulsion Games, with past credits including The Hobbit and The Adventures of Tintin.
Rose Dale
Rose is a Principal Engineer at Gardens. Her previous credits include Skyrim, Fallout 3 and 4, and PixelJunk Raiders. Outside of work, she enjoys making music and befriending stray cats.
Stephanie Stoner
Stephanie is a Senior Character Artist at Gardens. Before joining Gardens, Stephanie worked on Knockout City as an Associate Lead Character Artist. In addition to creating stylized characters and creatures, she also has a passion for working with character customization systems to support self expression and inclusivity in games.
Eilish Lambrechtsen
Eilish is a Senior 3D Artist at Gardens. Before joining Gardens, Eilish worked on Outer Wilds and its DLC Echoes of the Eye as both a 3D Artist and a Producer for a portion of the project.
Cedric Adams
Cedric is a Senior Animator at Gardens. Touted as an up-and-coming multimedia artist, Cedric is most known for his lead animation credits on Where Cards Fall and Star Trek: Resurgence, his singer/songwriter alias Foxfrd, and his cosplay of Arcane’s Ekko. Cedric has an obsession with progress so he spends most of his time learning new skills and refining old ones.
Siobhan Beeman
Siobhan is Engineering Manager at Gardens. Her career began at the dawn of the PC era, working on the Wing Commander and Ultima series at Origin. She's been a coder, writer, producer, manager, electrical engineer, game designer, and college instructor, with side quests in tabletop gaming and escape-room construction.
Nick Clark
Nick is a Senior Network Gameplay Engineer. He has over 10 years of experience building a variety of games as both a designer and engineer, and is passionate about bringing people together in positive ways through games. 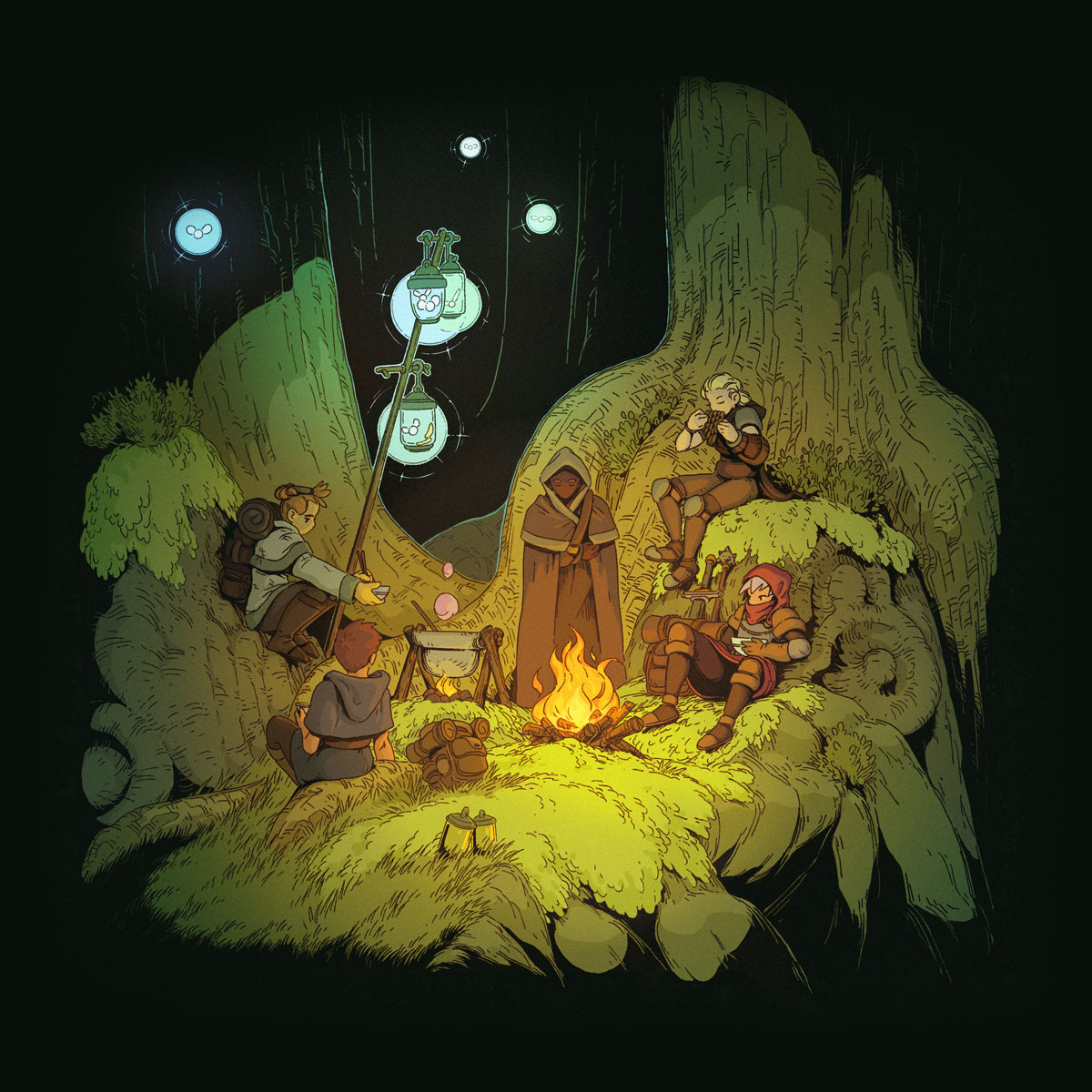